Why is it hard to understand Philippians 1:9-11 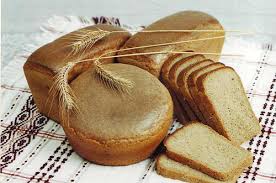 And this is my prayer: that your love may abound more and more in knowledge and depth of insight, so that you may be able to discern what is best and may be pure and blameless for the day of Christ, filled with the fruit of righteousness that comes through Jesus Christ—to the glory and praise of God.

Obviously, a sense of rivalry and personal ambition took place among some believers if Paul wrote these verses. Someone listened there to the Judaists in returning to the laws of Pharisees or began to adapt to the secular views of religion, tradition and or laws. History of Hebrews in scripture illustrates the possibility and the tendency of such behavior, exemplified in turning to foreign gods, likewise the comportment towards non-believers. The modern church uses the same methods at times using ritual and belief based on ancient pagan practice and modern business practice rather than the Bible.

First, our culture has been desensitized by the upbringing of western organizations, and the ethos of society has become pragmatic, where we determine truth by examining practical results. Pragmatism work in hand with the philosophers of rationalism, considering the thoughts and concepts inherent in a person from birth or in the form of makings. Rationalism dictates there is nothing in the mind that is not in the senses; Feelings and experience are sources of knowledge, and the reason is only a systematizer of data derived from experience.

Moreover, we live in a capitalist system, where a member of society is valued depending on the size of his property: the more property a person has, the more he is considered a person; thus the essence of man is identified with his property. Consequently, a Christian member of the society ceases to think with the brain and feel with the heart – as a result he or she looks at the world through the prism of the capitalist value of a property, and his feelings pass through the filter of his understanding of wealth. The protection of property bothers him more than the protection of honor and a Kingdom mindset. For this reason, Western churches are influenced by a pragmatic understanding of capitalist truth and bring it into congregations; all is true that leads to the preservation and increase of (fill in the blank) …. or to improve their social situation; right and true is whatever leads to success.

The capstone to pragmatism is the Principles of Positivism. Positivism argues for knowledge to be accurate and reliable. Positivism maintains the scientific method and to build on the achievements of other sciences. Philosophy and advance of knowledge are achieved only through empirical observation. The principles contend through an examination of evident facts, not their causes, furthered from the value and appraisal nature of the study. Positivism is capstone within the idea of halting the “dictatorship” of other sciences and takes its specific place among them.

Thus, we bring this mindset to the Church. We desire to have affluence in the congregations, we size up the value of the church in if it works. We tend to want more success in its growth, pragmatically looking at face value rather than heart value. We tickle people’s ears, rather than take care of their hearts. And we worship God in pagan ways, because it creates a sense of goosebumps rather than an intimate knowledge of God, as it is a slower process.

Today, the illusion is widespread, in which society can be offered some new options for the development of society with the help of such well-known categories as “creativity” and “pragmatism”. As a result, the so-called “new identity” is formed. The illusion is that the undoubted successes of the material order in some societies are extrapolated to the spiritual sphere and we are all invited to be “pragmatic” and “creative” in order to solve problems of the second (that is, spiritual) order. These problems include the problem of the meaning of personal existence, and the problem of moral choice, the problem of conscience, the problem of faith, etc. A false message, since never solving material problems did not remove the problems of the spiritual state of society, its development and order.

Western culture transferred all the wealth of human creative nature beyond the bounds of church ritual, thereby providing scope for creativity for the sake of gaining money, fame and demonstrating his own individualism. Any ritual, any desire to devote one’s abilities, one’s creative impulse to a specific goal, no matter whether it is God or the people and their well-being, affirms the moral principles of society invariably and consolidates it on the basis of a single view of the future and the value of the world and man.

Also, spreading the divide among people and directing everyone along the path of individualism, ending in the subconscious destruction of the unification ritual. And this destruction, in turn, gives rise to social heterogeneity, disunity, and the goal of a person’s creative aspiration is not serving God, society, man, good, but only self-expression, not striving to be understood by all the surrounding layers of society. These strata are precisely formed on the absence of a single common ritual and tradition, on the dissimilarity of interests and the destruction of the invisible spiritual unity of the people.

It may be difficult for us when we look at Christian life pragmatically, to love brothers and sisters because of the pragmatic tendency to see their weaknesses first. We all make mistakes every day. however, if we cannot overlook the mistakes of others, our love for them cools. As Christians, we need to depend on the Scriptures as the absolute standard of truth versus determining truth by consequences. Paul calls us to Purge out the old leaven, that we may be a new lump, as we are unleavened.

Therefore, we need to set ourselves from a modern culture in following “You shall not worship the Lord your God in that way” (Deuteronomy 12:30-31). The point of faithfulness is that God defines how He should be worshipped, not man: “Whatever I command you, be careful to observe it; you shall not add to it nor take away from it” (Deuteronomy 12:32). And take Paul’s guidance from Philippians by growing in the intimacy with our brothers and sisters founded on the word of God. “Know ye not, that so many of us as were baptized into Jesus Christ were baptized into his death? Therefore, we are buried with him by baptism into death: that like as Christ was raised up from the dead by the glory of the Father, even so, we also should walk in newness of life. For if we have been planted together in the likeness of his death, we shall be also in the likeness of his resurrection.” ~ Romans 6:3-5